Time for Tea. Adding Kombucha to your Brews.

Steeping grains is not the only mash process available to the modern brewer. A mash of tea is an increasingly popular alternative. We are not thinking here of the morning tea break brew but Kombucha, a complex fermentation of tea with a long and extensive history.

For many years Kombucha has been the providence of back shelves in health food shops or almost furtive circulation of the mother plant between home producers. Today it is one of the options brewers could well consider as a diversification to broaden their product range and a good compliment to the increasingly popular sour beers. Kombucha has plenty of advantages as an addition to your beer list. It is simple and cheap to make and is based on a commonly accepted beverage. It is low in alcohol – although not necessarily alcohol free and has a wealth of health claims. It also has a dedicated following and, for the committed, is a drink to imbibe daily rather than as a binge on a Friday night.

There are drawbacks, not least possible appearance problems. The active ingredient, named SCOBY, is a slimy, cellulosic mass of tissue which floats in the ferment looking very like a distressed or deceased jellyfish. As with all fermentations there is the need to keep the microorganisms active and prevent them dying out and finally the need to check that the final product is suitable for sale as a food product. Fortunately, Kombucha is an acidic ferment so providing inherent protection against food poisoning pathogens and, like beer, can be said to have an assumption of a safe food.

To satisfy legislative requirements it is necessary to ensure that the alcohol levels are below that which would initiate Revenue and Customs declaration – 0.05%, and also that there are no mycotoxins arising from unwanted fungal contaminants.

These issues aside what are the production requirements? Firstly, there is no grain mashing required – although a malt Kombucha would be worth considering. In simple terms the ferment develops on a sweetened mash of tea – green, black or flavoured. Around 5-8% of sugar is added as substrate and when cooled the brew is inoculated with a SCOBY starter to provide the mix of microbes to conduct the fermentation. The SCOBY microbes are sensitive to metals so glass or plastic vessels and materials are preferable.

This mix is a community of yeast and bacteria which together produce the range of flavours characteristic of Kombucha. Predominant in this are acids with up to 8 grams per litre of acetic so providing its dominant vinegar flavour. The sugars though are not completely fermented so leaving a balancing sweetness. Depending on the time of fermentation this balance can be controlled to taste and for commercial production this would need defining carefully as suitable for the brand. It would also be advisable to stabilize the Kombucha by filtration or pasteurisation to prevent changes after packaging and to avoid alcohol levels rising above tolerance limits or bottles over gassing.

Ethanol levels in Kombucha can reach 0.05% as some Saccharomyces yeast may be present so an accurate check is needed to be sure any final product can be termed “alcohol free”. If levels are above 0.05% and below 1.2% it needs to be labelled “low alcohol”. Ethanol levels result from a dynamic where production is balanced by oxidation and metabolism to produce acetic acid and will depend on microbial activity and diversity.

Perhaps the most interesting feature of Kombucha is the SKOBY microbiology which is a variable mix of microbes including Saccharomyces,Brettanomyces/Dekkera, Candida, Torulospora or Kloeckera yeasts plusAcetobacter, Gluconobacter and Lactobacillialong with unspecified other microbes. In effect a sour beer delight.

The whole mixture is held together by the secretion of a cellulosic slime which is surprisingly tough and also visually disconcerting – particularly if it develops in the neck of a bottle.

Such slimes are not uncommon in brewing and you may occasionally see them in the lees of casks returned from trade. Using these as the basis of a SKOBY might be an interesting investigation.

Kombusha is not highly regarded by everyone so may not be an immediate resell to many outlets. Part of its reputation is based on purported health benefits from some of the metabolites produced particularly acids such as gluconic and glucuronic but also antioxidants. These benefits include antimicrobial action, protection against pollution and cancer and antioxidant effects.

No definitive study has, however, demonstrated effectiveness in humans with most research being laboratory based albeit with encouraging results on tissues. Time may allow opportunities to obtain more definitive data but for now it is perhaps best sold on its flavour and low alcohol character. That said if Kombucha were to be of interest to your portfolio it may be relevant to introduce a Kombucha diet to brewery staff as part of their company health plan. 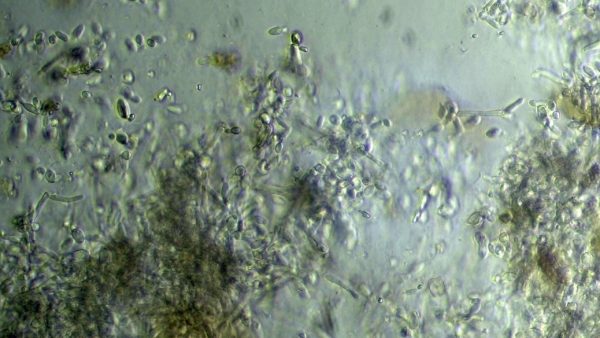