Once your yeast is stored with Brewlab we will be able to culture to production volumes for replacement on demand.  We maintain a working culture for direct inoculation and subsequently scale up to provide direct pitching up to 6HL volumes or for further culturing on-site.  All our cultures are maintained at constant temperature to maximise productivity and viability in 10oP wort and tested for purity before release.

Here are some examples of our yeast support:

Cider making is a fascinating example of a natural fermentation involving a succession of yeast and bacteria species. Certain yeast species are commonly present at different times – Hanseniaspora in early stages, Saccharomyces during the main fermentation and Brettanomyces during maturation – very similar to wild brewing. The origin of these species depends on their presence on the fruit and from the equipment used but can vary according to weather in a particular year leading to variability in fermentation and product characteristics. To provide more consistency to a cider producer we isolated and identified the major yeast species present and characterised these for their fermentative ability, flavour production and sedimentation potential.  Five yeasts were found to be present, two strains of Saccharomyces cerevisiae, two Pichia species and a Hanseniaspora species. Of these one Saccharomyces produced comparable alcohol to commercial strains while the Hanseniaspora isolate had high flocculation potential.  We cultivated these to allow their dominance in fermentation while still allowing the natural range of yeasts to contribute.  As a result fermentations were more consistent and the cider clarified rapidly at the end of fermentation while retaining the desired overall flavour profile.

A prospective brewery sought a yeast from a local historic brewery which closed in the 1950’s so as to have a distinctive characteristic in their beers and to enhance market opportunities.  Brewlab sourced the yeasts but found that there were three strains – as would have been typical at that time. No information was available on the proportion of each strain so Brewlab undertook trials of different combinations.  Eventually it was found that two strains were predominant in providing a suitable fermentation in a 60:40 mix for optimal performance including co-flocculation.  Brewlab cultured the yeasts for bulk production and demonstrated their suitability to the fermentation system employed. 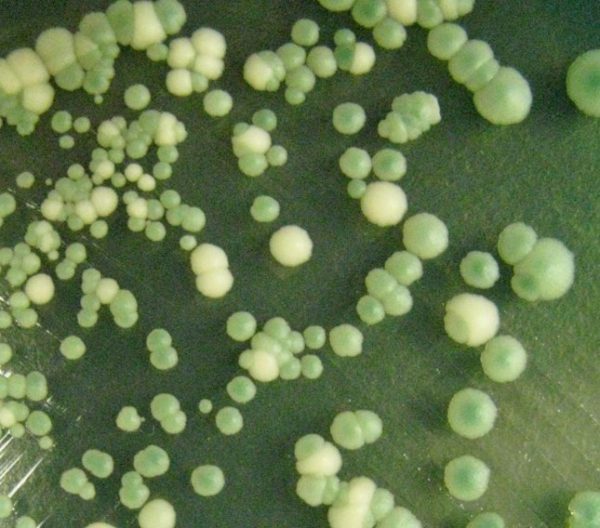 Cropping your yeast is a traditional and well-established approach to maintaining the character of your beer – and reducing production costs.  Fermentation growth produces twice as much yeast per brew so giving a good stock for future use if hygienically collected.

However, ensuring consistency of yeast cultures is critical for routine production and to avoid an incomplete fermentation.  Repitching your yeast saves the cost of regular purchase but genetic drift can occur with repeated stressing causing changes in viability, flocculation and flavour (Kalyu review 2019).  This is accelerated if oxygenation is insufficient before pitching and can show changes within 3 to 5 generations.  However, effects appear to be strain dependent and can differ with different worts being particularly affected by high gravity brewing. To check this Brewlab can test your strain for the effects of repatching using small scale laboratory cultures and provide advice on optimal handling for long term management.

Here is an example showing the effects of common stresses, high gravity 1080 wort, acid washing and oxygen radicals on the growth of eight different yeasts.  Each pair of curves show the kinetics of growth (delay, rate or growth and productivity) under each condition. Different yeast show variable responses to each stress allowing specific advice in handling to be provided.